CCT BVI'scommunity initiative presented gift bags and a LTE Modem with complimentary internet service to "All Hands and Hearts - Smart Response" organization on Tuesday, February 27 at the Ivan Dawson Primary School in Cane Garden Bay that is currently under repairs.

All Hands and Hearts – Smart Response's mission is to efficiently and effectively address the immediate and long-term needs of communities impacted by natural disasters and rebuild safe, resilient schools, homes and other community infrastructure.

The volunteer recovery response organisation expressed gratitude during the presentation lamenting how overwhelmed and excited they were to receive a LTE Modem making it easier to communicate with their families abroad.

Commenting on the donation, CCT's Marketing Manager Recaldo Richardson said, “CCT Cares initiative will remain active and involved in the community as we support the BVI in the rebuilding process along with tackling issues that affect our territory."

The CCT Cares Initiative was officially launched in January 2018 with the donation of a GOFASTLTE Modem with complementary internet service to the Ebenezer Thomas Primary School in Sea Cow’s Bay, followed by a campaign this month taking a stand against Domestic Violence.

CCT BVI was voted the Best Cellular Service Provider in the BVI and is the BVI’s Premier 4G LTE Network. To learn more about CCT BVI, visit www.cctbvi.com or CCT BVI Facebook page. 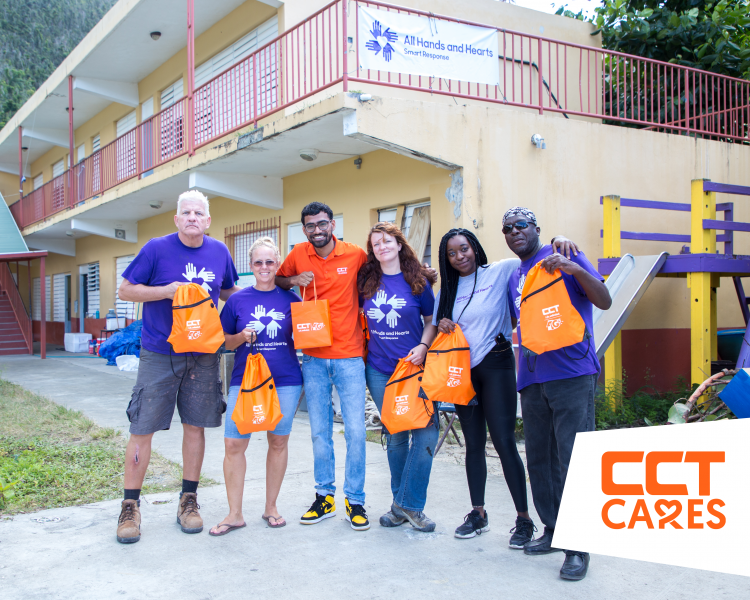