The award was given during the BVIIC’s 30th Anniversary Black Tie Dinner. The award acknowledges and celebrates exemplary leadership that has a significant and positive impact on advancing the organization. Within the Club’s portfolio of interests, the recipient must demonstrate initiative, promotes a work environment that is respectful, collegial, and supportive, leads an effective team to achieve results, and is an excellent role model.

In accepting the award, Penn acknowledged the hard work of his entire team at CCT. “I humbly accept not as an individual but on behalf of all the managers and staff of Caribbean Cellular Telephone who make me look good every day. Leaders are only as good as their people, and I am very fortunate to have such excellent people.”

Penn also thanked the Club for acting on its vision of economic empowerment for Virgin Islanders. Penn adds, “The Club’s initial investment has provided the opportunity for our young people to find a remarkable opportunity at a dynamic, agile, and competitive telecommunications company. We have proven that we have what it takes to compete with the big multinational providers, and if given a chance, we are as good, or better, than anyone.”

Penn became the CEO of CCT in 2013 and swiftly began reorganizing the company. Under Penn’s leadership, CCT was led from a deficit position to profitability while navigating regulatory and technological changes and the historical impact of Hurricanes Irma and Maria in 2017.

Penn completed his undergraduate degree at Dartmouth College in New Hampshire before attaining an MBA and Juris Doctorate from Cornell University in New York. He held a Financial Industry Regulatory Authority General Securities License and was called to the New York State Bar. Before returning to the BVI in 2007, he worked at PricewaterhouseCoopers and managed the global strategic sourcing team of JP Morgan Chase.

Other awards given out on the celebration of the Investment Club’s 30th anniversary year were the Secretariat Award to Ermyn Richardson; Community Awards given to Judith Charles and Nurse Bernet Scatliffe; and Entrepreneurship Awards to Kristin Fraser and Sinclair Flemming.

The BVI Investment Club started 30 years ago on April 22, 1992 by a group of Virgin Islanders and Belongers who had a vision of meaningful participation in the economic future of the Virgin Islands. The group strongly believed that through collective efforts, they could achieve far greater things than any one person could achieve individually. Since then, the group has amassed assets valued at approximately US $100M.

CCT was the BVI Investment Club’s first investment in 1993 when it purchased a 50 percent share in the then CCT Boatphone. Twenty years later, in 2013, CCT became the first telecommunications company in the region to be 100 percent locally owned. To learn more about CCT BVI, visit www.cctbvi.com or CCT BVI Facebook page. 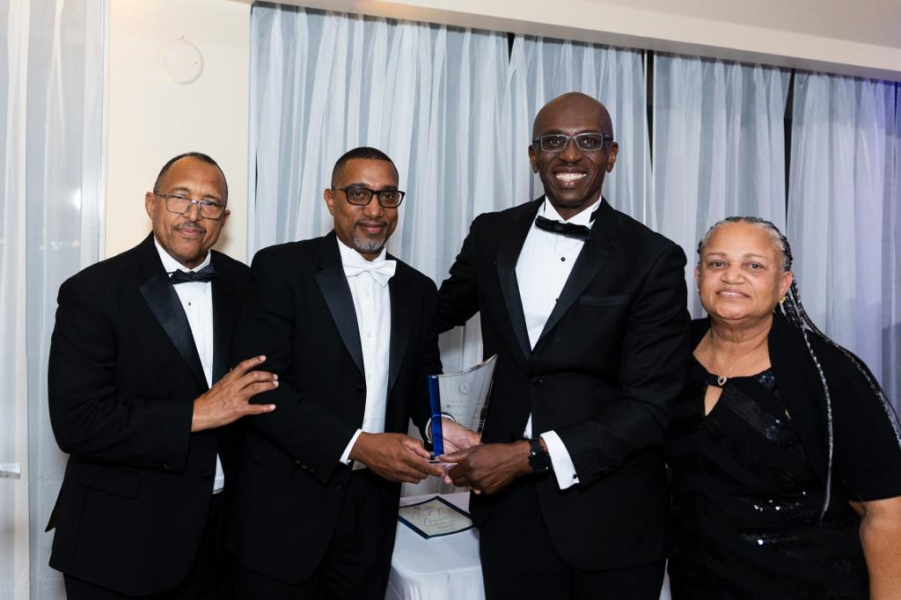